I continued to practice until my fingers bled, then I partied till I puked (I did this more than once) , and, made a lot of friends along the way (including Lance). After jamming around for awhile, I began playing with a couple of guys named Lance (a different Lance), and Mark Hungerford in a band called 'Faceplant'. During this time I played and wrote a lot of music, all the while learning more and more. Eventually, I quit, due to a need for a change.

In 1996 I shared a place with a drummer named Perry Saicawalo and, began jamming with whomever wanted to come over and jam. Lance Sedillo was one of them "jammers". He set up gigs at Camels Ponybar, and we played for about 10 bucks each per night. I didn't care, it was all fun .

The year 2000 was a really good year, I re-joined up with Lance in support of the release of "Traveler in Pain", the first CD. Although I was not featured on any of the tracks, I enjoyed playing the awesome songs written by the original members of 'Traveler in Pain'---R.L. Flores, Anders Fingold, and David Baca. I have been playing with Traveler in Pain since.
I recently had a custom guitar built by Brian Davis . He will be building custom guitars on a production level very soon. E-mail me, or talk to me for contact information. 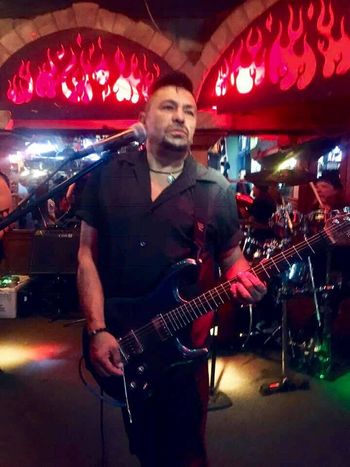 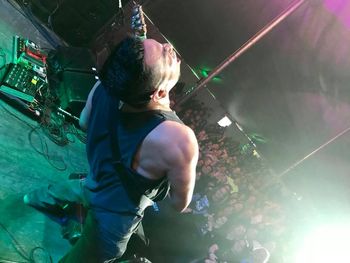 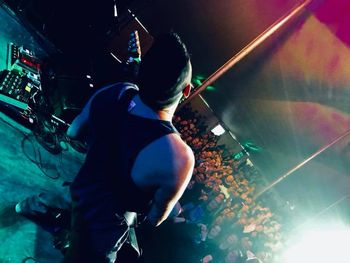 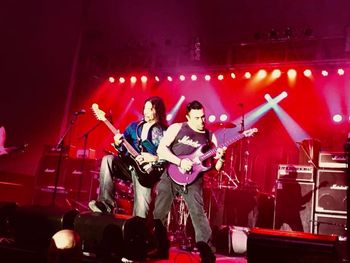 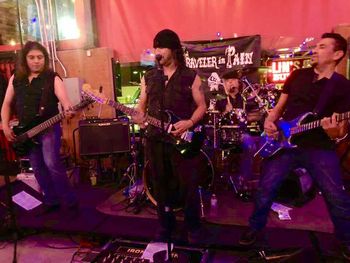 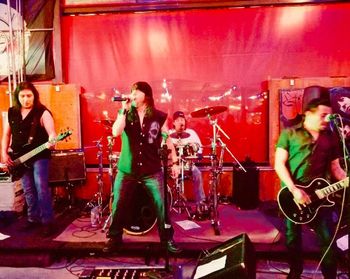